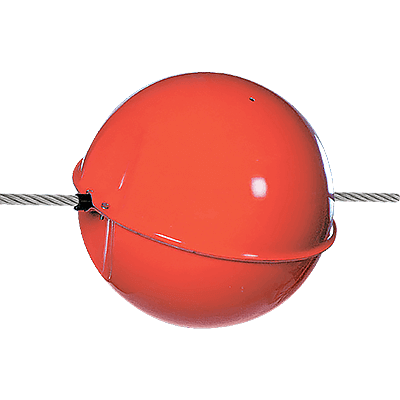 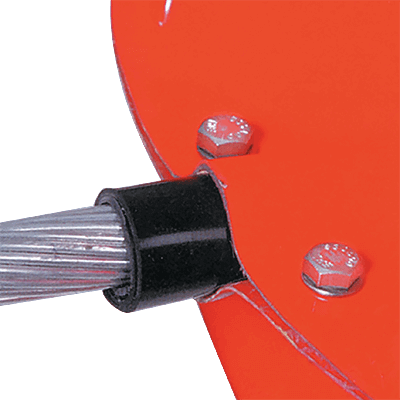 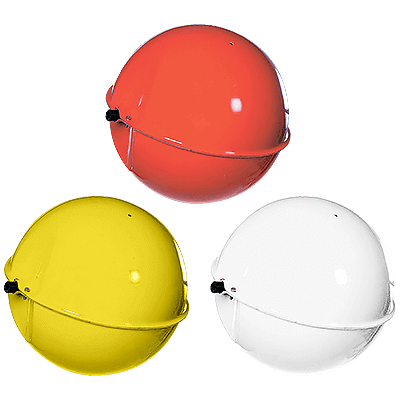 Requires only four bolts to clamp it to the wire 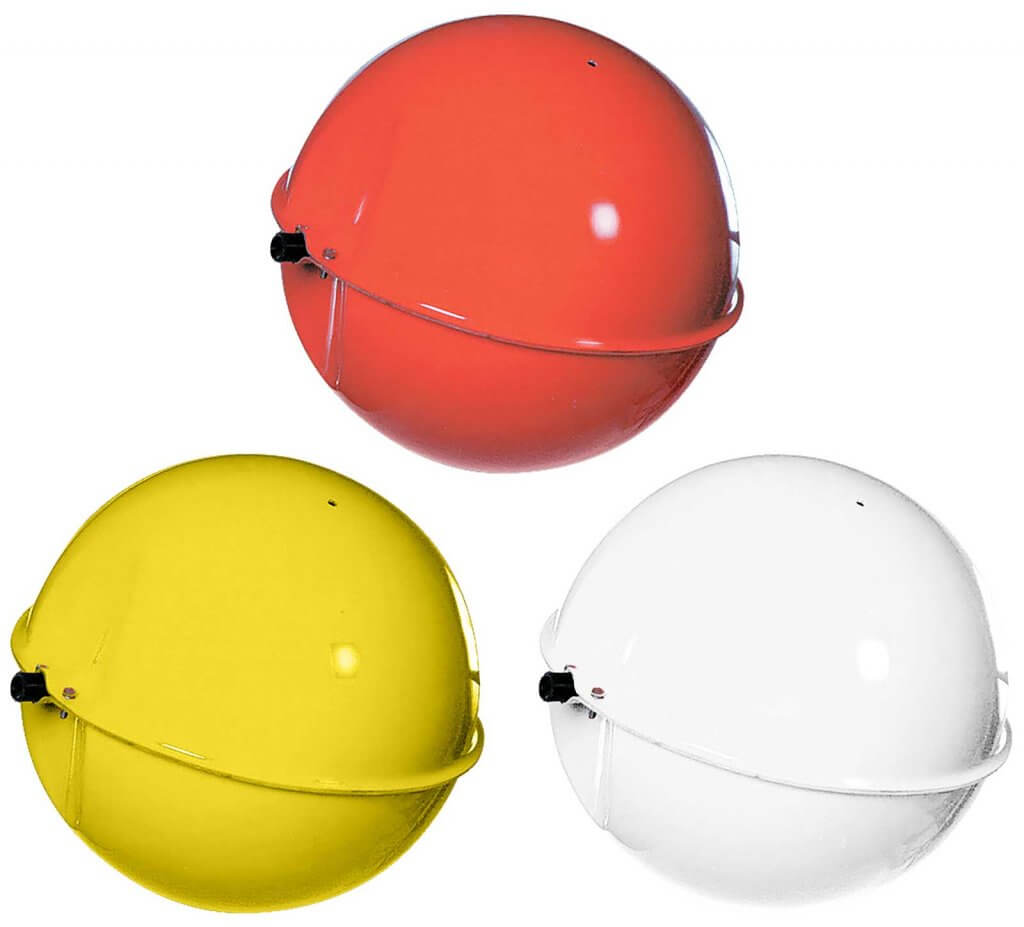 This product is available in our webstore – Shop Now

• Available in four diameters: 9″, 12″, 20″ or 24″
• Heavy duty construction, made from UV-stabilized ABS plastic with UV-resistant Korad™ coating
• Installs easily on any wire 1/8″ – 1″
• Requires only four bolts to clamp it to the wire
• Designed for neutral wires, guy wires, and conductor wires up to 69KV only
• Four drain holes per marker ball
• Available in Orange (standard), Yellow or White
• Five year warranty

This Marker Ball installs easily on any wire 1/8″ – 1″ (custom wire sizes are available) through the use of two UV-resistant neoprene strip bushings installed on the wire to match the diameter of the openings (boss) in the Marker. The Marker is then securely bolted around the wire, clamping down on the bushings.

Our standard color is “International Danger Orange;” (U.S. Engineer’s Spec. 595-121197 or British STD. 381C-1964-No. 557) however, yellow and white are available as an option. In some cases, these colors prove to be more visible, depending on the surrounding terrain. In some circumstances, such as river and canyon crossings, the FAA recommends an alternating pattern of Orange, Yellow, and White.

3.5 Unlighted Markers.
Unlighted markers are used to identify structures and to make them more conspicuous when it is impractical to paint them. Unlighted markers may also be used in addition to aviation orange and white paint when additional conspicuity is necessary for aviation safety. Unlighted markers should be displayed in conspicuous positions on or adjacent to the structures so as to retain the general definition of the structure. They should be recognizable in clear, daytime visibility from a distance of at least 4,000 feet (1,219 m) and in all directions from which aircraft are likely to approach. Unlighted markers should be distinctively shaped, i.e., spherical or cylindrical, so that they are not mistaken for items that are used to convey other information. They should be replaced when faded or otherwise deteriorated.

3.5.1 Spherical Markers.
Spherical markers are used to identify overhead wires and catenary transmission lines that are less than 69 kV. Markers may be of another shape, i.e., cylindrical, provided the projected area of such markers is not less than that presented by a spherical marker.

1. Size and Color.
The diameter of the markers used on extensive catenary wires (catenary wires that cross canyons, lakes, rivers, etc.) should not be less than 36 inches (91 cm). Smaller 20-inch (51-cm) spheres are permitted on less extensive catenary wires or on power lines below 50 feet (15 m) AGL and within 1,500 feet (458 m) of an airport runway end. Each marker should be a solid color, specifically aviation orange, white, or yellow.

2. Installations.
a. Spacing. Unlighted markers should be spaced equally along the wire at approximately 200-foot (61-m) intervals, or fraction thereof. There should be less space between markers in critical areas near runway ends [i.e., 30 feet to 50 feet (10 m to 15 m)]. They should be displayed on the highest wire or by another means at the same height as the highest wire. Where there is more than one wire at the highest point, the markers may be installed alternately along each wire if the distance between adjacent markers meets the spacing standard of 200 feet or less. This method distributes the weight and wind-loading factors. (See Figure A-1 in Appendix A.)

b. Pattern. An alternating color scheme provides the most conspicuity against all backgrounds. Unlighted markers should be installed by alternating solid-colored markers of aviation orange, white, and yellow. Normally, an orange marker is placed at each end of a line and the spacing is adjusted [not to exceed 200 feet (61 m)] to accommodate the rest of the markers. When less than four markers are used, they should all be aviation orange. (See Figure A-1 in Appendix A.)

c. Wire Sag. Wire Sag, or droop, will occur due to temperature, wire weight, wind, etc. Twenty-five (25) feet (7.62 m) is the maximum allowable distance between the highest wire installed with marker balls and the highest wire without marker balls, and shall not violate the sag requirements of the transmission line design.

Requires only four bolts to clamp it to the wire

Have a product question? Need a quote? Please fill out our online quote request form.

Get a Quote
© 2022 Flight Light Inc. All rights reserved.
Nobody Comes Through Like We Do